The Moroccan Magistrates’ Association said Tuesday it was surprised by the hunger strike launched by Maati Monjib, who is using human rights considerations to distract public opinion from the money laundering investigation he is facing and influence the course of justice.

Monjib, who rejected the preliminary investigation targeting him and some members of his family, is attempting by his hunger strike to "evade” the suspicions that weighed on him by wrapping himself in the "human rights cloak”, the Association said.

“We have been noticing recently with great astonishment and regret the blatant attempts to influence the independence of the judiciary by some people and bodies who claim to belong to cultural and human rights circles, even though they are supposed to be at the vanguard of those who are campaigning for the consolidation of trust in the judiciary by supporting the latter in its steady efforts to contribute to the democratic reform project led by His Majesty King Mohammed VI,” said Mohamed El Khadraoui, vice-president of the commission for the independence of justice within the International Union of Judges and vice-president of the Moroccan Magistrates’ Association.

Speaking to digital news outlet, Hespress.com, Khadraoui deplored the attempts to undermine the independence of legal proceedings by people who use human rights for political purposes, noting that the conflation of human rights and political activism aims at  confusing public opinion.

Urging a preferential treatment for activists subject to investigations for alleged violations of the law violates “ the principle of equality before the courts," he said.

reaffirming that no citizen is above the rule of law, El Khadraoui stressed that Moroccan judges and courts shall in no case fall short of their  constitutional commitments and that all citizens are equal before the law.

In this respect, brandishing the threat of protests or foreign support and instigating campaigns to “spread chaos, is something that we strictly reject as magistrates.”

“We cannot in any case, as magistrates, capitulate to this and even less show any indulgence towards the perpetrators, because the latter seek to devalue the great efforts made by all the components of the judiciary in various courts across the Kingdom in order to strengthen confidence and uphold equality before the law,” he added.

El Khadraoui concluded  his statement by underscoring that any citizen who is confident in his inocence will not attempt to undermine the process of lawful investigations carried out under the supervision of the judiciary within the framework of the rule of law and the guarantees it offers.

Maati Monjib and members of his family are  facing a preliminary investigation on money laundering. The procedure was ordered by the public prosecutor at a Rabat Court of First Instance after  the Financial Intelligence Unit (UTRF) submitted  a report containing data that is likely to stand as a money laundering offense.

The public prosecutor's office received a referral from the UTRF by virtue of article 18 of law n° 43.05 including an inventory of significant funds' transfers and a list of real estate assets that may likely have been acquired through  suspicious transactions because they do not reflect to the usual income declared by Monjib and members of his family, said a press release from the public prosecutor at the Rabat Court of First Instance.

Human rights activist Maati Monjib rejected the accusation into the sources of his "property” and decided to go on a hunger strike for 3 days, to protest against what he considered to be a “security and judicial harassment” against him and his sister,  claiming that the investigation  was politically motivated. 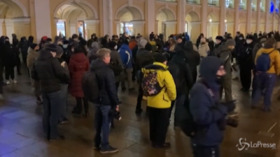 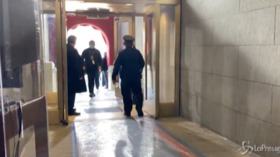 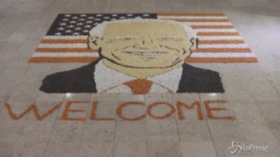 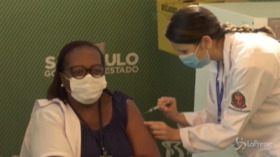 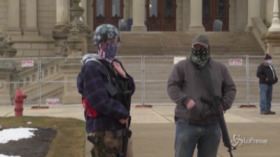