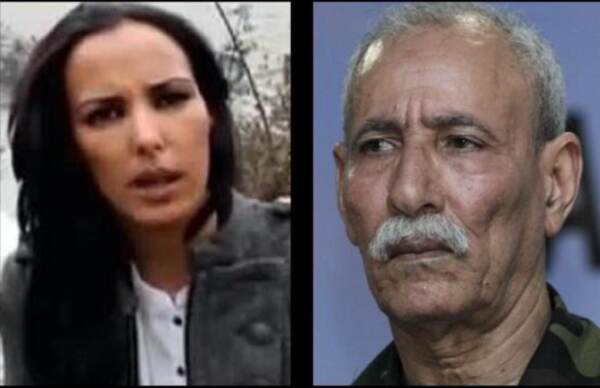 I was a translator for the Polisario, while Ghali was the movement’s “Ambassador” in Algeria. He called me to his office after hours, pretending to provide me with the visa. Instead, he brutally raped me. I was 18

My name is Khadijatou and I’m a proud Sahrawi woman. Like many Sahrawi sons and daughters from the refugee camps in Tindouf, I had to leave my country, my friends and family behind. I was lucky to find shelter in Spain and started life anew.

12 years ago, I was raped by Brahim Ghali, the leader of the wrongly called Sahrawi “liberation” organization, the Polisario Front who run the refugee camps in Tindouf. I say wrongly because behind the façade designed to appeal to Western politicians and donors there’s a filthy group of misogynic tyrants who act for their own enrichment rather than the interests of my people. I was a translator for the Polisario, while Ghali was the movement’s “Ambassador” in Algeria. I needed a visa to travel to Italy upon the invitation of one of the NGOs I translated for. He called me to his office after hours, pretending to provide me with the visa. Instead, he brutally raped me. I was 18.

I want the world to know who Brahim Ghali is. A man who abused more women than he could ever count. Who tortured, killed and maimed many innocent people. I was threatened to remain silent. But I gathered all my strength, and spoke. Until this day, I’m speaking out about his crimes. Day in day out, I encourage my sisters in Tindouf – and all women suffering abuse, especially the most vulnerable ones among us in refugee camps – to do the same. SPEAK OUT. CRY OUT. SHOUT OUT! It may not heal our trauma. But it will help protect our sisters who stayed behind. And this, to me, is worth the world.

Sadly, so far the ruthless rapist and torturer managed to shield himself from prosecution. He uses resources that belong to my people, the Sahrawi people – money, lawyers, lobbyists – to create an image of a world leader and a freedom fighter, to sweep away all charges against him under the rug, including mine.

If there’s one thing the Polisario are good at it’s information warfare. They have a cyber army of activists fighting the truth on the internet. Erasing their crimes. Literally erasing. Wikipedia, which I thought is a rare island of uncompromising truth, allows these cyber mercenaries to erase the truth about the Polisario, the truth about Brahim Ghali.

References like Human Rights Watch or Amnesty International, the European

Union’s anti-fraud unit, numerous top-level media sources, are tagged as ‘illegitimate’, the contents erased and decades old legitimate Wiki-editors’ accounts dispensed with fabricated accusations. Again and again, my story, and that of so many other victims of the Polisario, is simply, scrupulously erased. And they get through with it. You may wonder how that makes me and other victims feel? Like a second rape. I won’t let that happen. I will continue fighting for the world to know the true face of the Polisario. The true face of the rapist and torturer Brahim Ghali. I appeal to all the good-willed, truth-seeking Wikipedia editors to put an end to the cynical silencing and propaganda machine the Polisario established with European and US taxpayers’ money, originally intended to feed and educate the children of Tindouf.

When it comes to protecting human dignity, to protecting women from the worst of all crimes, we cannot afford to give up. The good news? If enough of us gather our forces to fight for truth and justice, we, too, are giants.