Hacking of Moroccan Journalist Omar Radi’s cellphone: the underside of the unsubstantiated accusation of the Moroccan authorities by Amnesty international

Amnesty International says in a report published on June 22 on its website that it subjected the cell phone of Moroccan journalist Omar Radi to a forensic examination and discovered that it was infected by Pegasus, a powerful spy system designed by the Israeli company NSO Group. Amnesty says this spyware allows access to all data stored on the phone and even activates the camera and microphone. Amnesty therefore accuses Morocco, without providing evidence, of being the user of the Pegasus spyware implanted in Radi’s cell phone.

Questioned by Le360.ma news outlet, an authorized source in the Moroccan intelligence community categorically denied any link between Morocco and NSO Group. "The Moroccan services have no relationship with the Israeli company NSO and Morocco does not have the Pegasus software. Everything that has been put forward in this regard by Amnesty International is false and unfounded, " said this authorized source,

Why, then, does Amnesty International point the finger at the Moroccan state in what it purports as spying on the cell phone of a journalist? In its report, the human rights organization said that its security laboratory had analyzed Omar Radi’s cell phone and found indications of its infection with the Pegasus spyware. It added that "technical analysis of Omar Radi's iPhone revealed traces of the same +network injection+ attacks as those targeting Maati Monjib described in a previous report. These traces constitute solid elements making it possible to establish a link between these attacks and the tools designed by NSO Group."

To support this accusation, Amnesty International claims to have found on Radi 's telephone "traces suggesting that he was the subject of the same network injection attacks as those observed against Maati Monjib". One needs here to follow the logical reasoning of Amnesty International to conclude that the user of this spy tool are the Moroccan authorities.

Amnesty begins by claiming that Maati Monjib's mobile phone was hacked in 2018. Maati Monjib is involved in a common law case linked to the embezzlement, on his personal account and that of his wife and of his sister, of subsidies which he received from abroad for an association which he presided over. A teacher at the university and with no known income, Maati Monjib is the owner of several real estate and land assets which cannot in any case be acquired thanks to his academic income, even if he lives 1000 years. Putting on a fierce energy to divert attention from the common law case of which he is the subject, he presents himself as a human rights advocate persecuted by the public authorities who are behind the surveillance of his communication tools.

Based on Maati Monjib's previous hack attributed – with no evidence – to Morocco, Amnesty says that "the assumption that NSO Group's network injection tools have been used appears increasingly solid.” So we are here in the realm of a hypothesis which can be confirmed or refuted. Yet reading the title of Amnesty International's report, ("A Moroccan journalist victim of network injection attacks using tools designed by NSO Group"), we expect to find evidence and not a fabric of propositions based on a mere assumption.

Amnesty International claims that NSO Group's hacking system used until 2018 a technique based on sending text messages to a cell phone. After viewing this message, the phone is infected. Amnesty adds that this hacking device, based on interaction, has evolved since 2018 and that it is enough to click on a link on the Internet to be redirected, for a few seconds, to another link which allows access to all phone data. It’s this second technique that would have been used in the case of Omar Radi’s phone.

Asked by Le360, an expert in computer networks explains that in either case, it is possible "to have a fingerprint that identifies either the telephone operator used in the case of hacking by text message, or the geographic location in the case of a redirect to another site ”. We can therefore wonder why the Amnesty laboratory did not seek to identify the sender of the message for hacks prior to 2018. And why it did not provide the geographical location of the digital document which redirected Omar Radi’s browser to a malicious site. "Each act in the canvas leaves a trace to identify it. The IP is the equivalent of the certificate of residence for this act, "concludes the expert.

A question of simple common sense: what does Omar Radi represent to require the mobilization of the Moroccan state? Who is Omar Radi? What secrets did he disclose? What resounding investigation did he carry out? What has it produced that could pose a threat to the Moroccan state? This journalist gave a lot of trouble to those who tried to find in his writings revelations likely to justify his surveillance, noted the Moroccan news outlet.

Is it enough that Omar Radi has Moroccan nationality to identify Morocco as the author of the hacking of his phone? An article, published on June 14, 2020, by another Moroccan news outlet Chouf TV sheds light on the priced relations between Omar Radi and two foreign companies, specializing in economic intelligence. According to Chouf TV, since 2018, Radi has been collecting information on behalf of two Anglo-Saxon companies "G3 good Governance Group Limited" and "K2 intelligence limited". Why should a journalist who sells "intelligence" to companies specializing in economic intelligence not be hacked by a foreign agency? When you play spies, you should expect, in turn, to be spied on by international players.

While the charges leveled against Morocco are unproven, Amnesty International’s assertion claiming the NSO Group sold an efficient hacking system to Morocco is also not based on evidence. Better still, this assertion is both absurd and irresponsible. A source, questioned by Le360, states unequivocally that the Moroccan state has not acquired any equipment from the NSO Group.

It should be noted that the Amnesty report was released at midnight on June 22. A few minutes later, 17 media outlets produced subjects based on this report, using the same portrait of Omar Radi to illustrate their subject. The hand that orchestrated this group fire is well known by hostile parties to the Kingdom of Morocco. The identity of certain journalists who signed these articles gave away these parties hand which wanted to operate underground.

The Pegasus spy system was cited in the case of the assassination of the Saudi journalist Jamal Khashoggi and in the WhatsApp message which was allegedly sent by the crown prince of Saudi Arabia, Mohamed Ben Salmane (MBS) to Amazon boss Jeff Bezos. The latter mandated investigators to shed light on a video received by WhatsApp from MBS, after which his phone sent a large amount of information. This extraordinary spy affair had a big impact and investigators of the richest man in the world could never prove the involvement of the NSO Group, even if they strongly suspected it.

The owner of the Washington Post is Jeff Bezos. Does the American billionaire want to settle scores with NSO Group? Morocco would then be a collateral victim in a case that is of no concern of the kingdom ? Omar Radi looks like a decoy in this case, while the prey is elsewhere.

The information that Morocco shares with foreign countries is collected by its agents in the ground and not the product of a technological performance. This attachment of the Moroccan intelligence community to Humint seems to be back in fashion in several countries, which have noted the limits of technology. The proof: despite mass surveillance by the National Security Agency (NSA), the United States could not prevent the terrorist attacks of September 11, 2001. 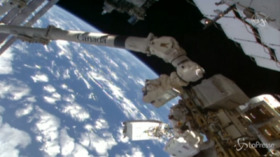 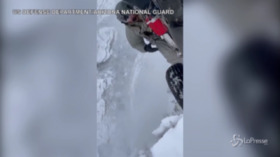 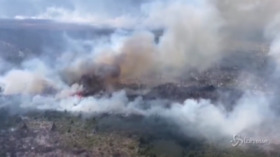 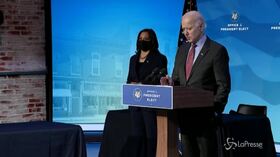 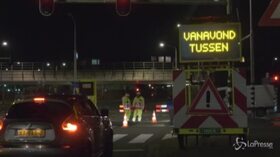 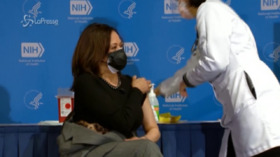